“Are you up?I saw my brother today.You know him…”

Not the conversation you want to hear at 2am from a guy whom you recently went on a few great dates with and genuinely started to like.

Where is this going?

The dreaded dating dementia where you sincerely attempt to piece together this emerging and puzzling discovery. Intensely trying to recall the fool he’s talking about. And by brother does he mean blood or just a brah? Full name please…Sorry, first isn’t enough.

OH, YES… I KNOW HIM.But sadly can’t recall much. Yes the name is familiar and after an Instagram stalk the face is recognizable. I know it was only a few dates, but was it over a span of a few weeks? Questioning out loud in a high pitched voice,

“Was he a player? Why did we not stay in touch? Did I send provocative pictures? Did he save them after all these years? But I know for certain we didn’t have sex… Or did we try? Did I spend the night? Did I hookup with his friend? Brain, don’t fail me now.”

Photo by Daniel Korpai on Unsplash

I started to wonder,

“Am I the only one who cant remember details of people I dated?”

Did this mean I dated a lot? Or maybe my lack of memory is just my defense mechanism to suppress the horrific encounters over the years I’ve had in Lala Land. I have been told Xanax has been responsible for Alzheimers. I did abuse Xanax after some painful breakups…my mind is a bit foggy. I think my Grandfather had dementia too! Oh chickie-poo this is gonna be a struggle, especially at this late hour when the brain wants to shut off and rest.

At first my replies were so simple and short,

“Ya I remember him, a few dates…that’s it. Nothing more.”

Then he continued to ask questions and I felt interrogated as if I’m about to be locked up…Never to see the light of day again. I did my best to answer but how can I be accurate when I literally can’t remember. Then my first instinct is to laugh it off, call him silly for caring, and turn it on him like I wouldn’t want to be with him if he’s anything like his brother anyway. Let’s part ways before feelings are involved.

What a shame to let this man with potential walk away, just because his bro seems to think we were intimate and I blacked it all out?

Another one bites the dust.

Why does he care so much? I am sure he dated several dozens of my friends or enemies in this town? How can i be blamed for who I went on a few dates with five years ago? How is this fair? How many other brothers did I entangle myself with? The questions ran rabid like a wharf rat in Venice…hoping a lightbulb would eventually go off or at least find a piece of cheese. Sorry, I am on a non dairy diet and this rat wants some cheese!

Anyway, I started to think…

“This isn’t the first time dating dementia has struck
me.” 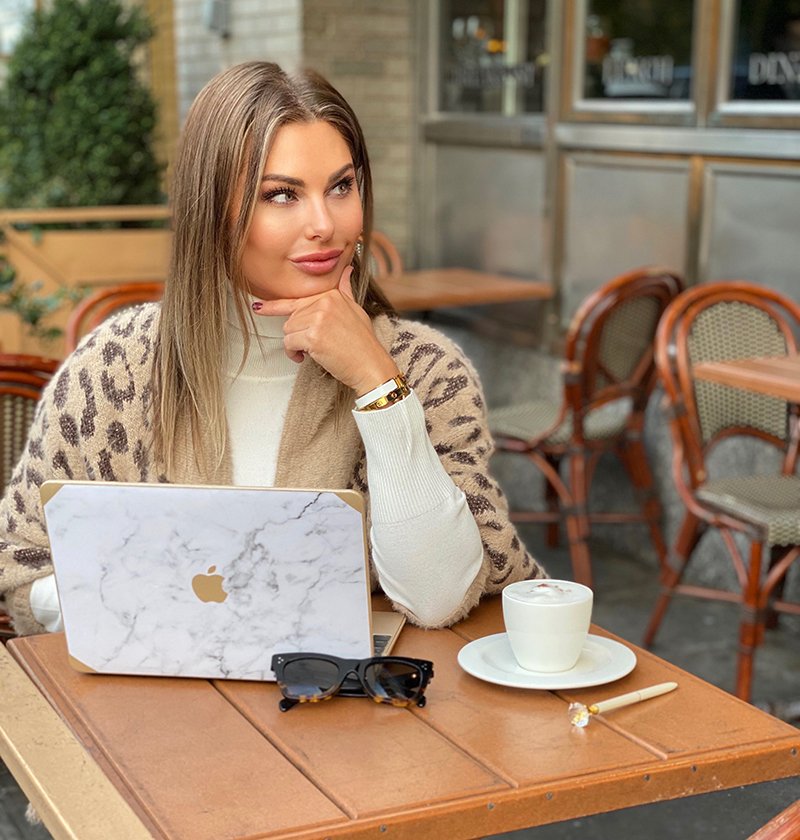 Few weeks ago I was walking my pup Milo and ran into this handsome guy. He started to chat with me and I my smile grew bigger and bigger. I was hoping he would ask for my number. Instead he just said, “I met you like three times at the gym. Later!” No!!! Please don’t go… This can’t be! I would remember a face or butt as cute as yours.

Dammit, what’s wrong with me?

Or attending a house party a month ago with a date and running into an old neighbor of mine he’s buddies with. Here we go…how small is LA? Really, what are the odds?!

Of course I remember that weekend I had with him in Palm Springs, but does a weekend away count as dating? Plus, I don’t remember how far we went so it must not have been good. I think all these short lived dates are trivial and don’t even count as having dated!

Having dated to me is more serious. I mean a coffee or dinner that went nowhere isn’t dating is it? Am I delusional or naive?

Real dating means there must have been an unforgettable emotional connection or chemistry and last at least a few months.

But those points brings me to my worst dating impairment. I was in Vegas few years back at a convention and eventually made it to the gym to sweat out sins from the night before. It was there that I bumped into someone I recognized. I tried to be cute even though makeup from the night before was running down my face and my pores screamed, Vodka overdose. 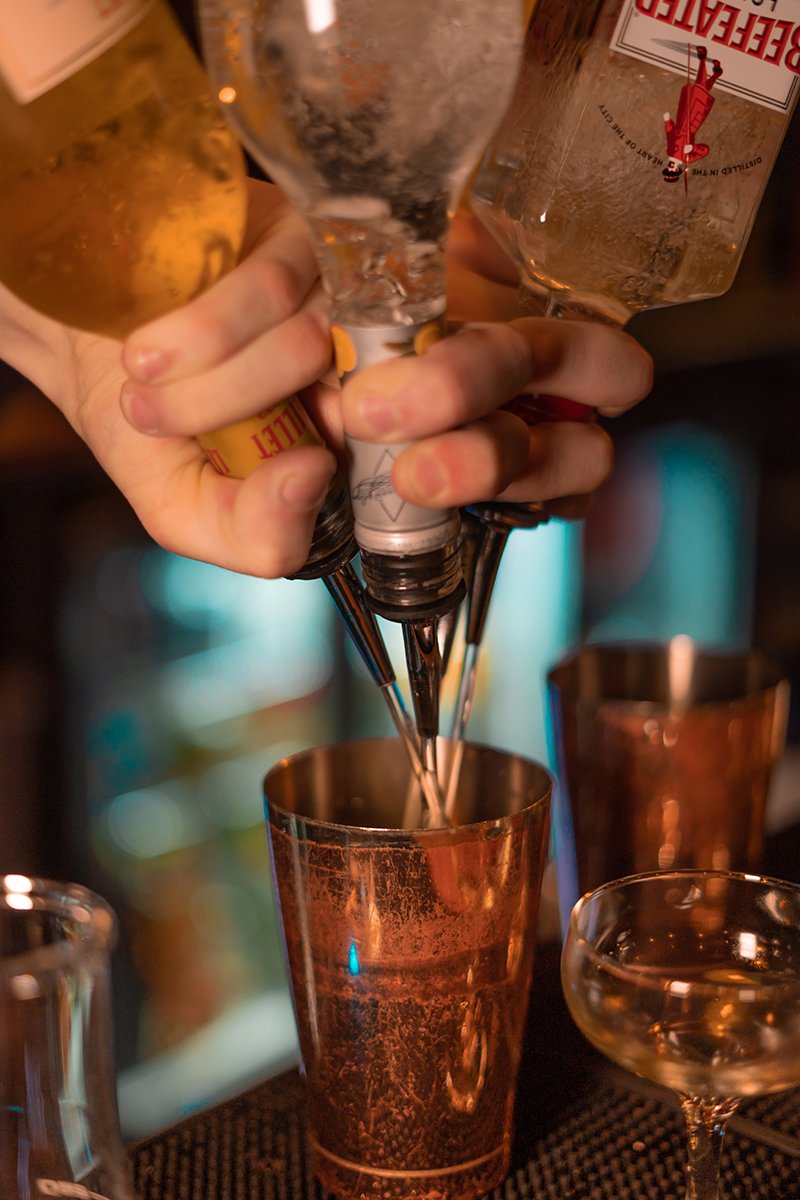 Photo by Felipe Ponce on Unsplash

He grinned and I thought I should come to the gym more often! But then he greeted me by name. WTF! How do you know my name? You do look familiar! How do we know each other?

Then the most uncomfortable silence swept through the room. As he turned his back and said take care- It hit me! Thank God it finally hit me… I mean really hit me hard in the face!

I dated him few years ago for 4 months! MONTHS! I spent holidays at his house. He bought me the Chanel earrings I had been ogling over.

How could I forget his name and how we knew each other? This must be serious condition that I need emergency treatment for? Time to call the Dr. and run some tests and get some medication- just no more Xanax!

But then it also came to my attention that things ended poorly with him. The reason we never spoke again was actually a horror story.  So maybe it was better for my sanity to have erased him from my thoughts. Real life Eternal Sunshine of the Spotless Mind. Recalling that film was about ex-lovers who actually undergo a procedure to forget everything. Just so happens this is naturally occurring for me and free.

It would be nice to at least have the option to remember though. I would blame recreational drug use for my lack of long term memory, but they link herb to short term memory loss and I am pretty strong there (minus remembering if I showered today…*sniffs armpits*).

I will never forget a good Bolognese or classic film. I’m starting to think it’s just selective memory like most couples get after many years into marriage. Instead mine is with men I simply didn’t love.

I remember every detail of the men I cared about- those images never seem to leave. Every word, breath, and moment is engraved in my brain of those who left an impression or indent on my heart.

There we have it. We can’t remember everything. We do not have enough capacity in our brains to do so. We have to be persnickety. I have probably been on more dates than is safe to admit and with more weirdos than I should confess.

When a man asks me about my dating history I tend to get shy and act like he’s my first. The double standard that a man can date around but God forbid a woman does! I am labeled a slut or damaged goods once I reveal I casually dated 8 out of the 12 guys at this random Beverly Hills Shabbat dinner table. I do want to marry a nice Jewish man and figured it is a numbers game, right?!

I do admit I have been quite the dater so it’s a larger problem for someone like me.

As I am welcomed into a crowded Over-Daters Anonymous meeting on Sunset Boulevard.

No matter how much I try to come off innocent or coy I get off on  dating rituals and the psychology behind it. But I don’t date for sex or a hookup buddy. That is actually the last thing on my mind!

I guess I am a conversation junkie or foodie whore that needs my fix of talking to strangers or eating a free meal.

I find excitement in quantity but fulfillment and quality in very few. Those rare gentleman who capture my interests and my heart never go forgotten.

My sincerest apologies to the boys who were not man enough or those who were not impressionable. The data was deleted from my internal computer, because I saw no point in renting space to a disqualified tenant.

And my condolences to the fella too embarrassed to date me after his brother screwed up his shot.

But I do not regret any dates I have been on. Even the worst ones that left me in shambles or drowning in expensive therapy bills.

Whether I remember you or not, I learned something from each experience and I released what no longer served me. Allowing room for only special people who deserve a place in my heart…and my brain.